There are several things which I would consider to be definitive of me, but there’s too many to list and I don’t particularly care for being that self-indulgent right now – this blog post is enough. Oh, it’ll be very self-indulgent. This is me, me, me. If you like me, then you’ll find this insufferable, and should probably stop reading.

I have bad time management. Despite the rare instance, I always leave things until the last minute, and then I hate myself for it, and then I repeat the cycle. Or I drag things out beyond their use-by date. I have a complicated relationship with time in general. I’m often up and about later than I should be, despite considerable effort in recent months to go to bed earlier and get up earlier. It’s rather unfortunate that everything I do is time-intensive; as I writer, I have deadlines. Some are self-imposed, some are obligatory. As my films get bigger (each film has grown in length/intensity/effort levels as I’ve gone along), so do the challenges, and so do the number of people I’m indebted to. It’s fine when you’re just accountable to yourself, because the problem is merely inner turmoil. It’s a bit shit, but it’ll fade, and we all go through it. But it’s not fair to bring other people down with you.

I’m exaggerating. Largely. There aren’t swathes of people dependent on me not fucking up – I’m not Theresa May. Perhaps that’s why she’s been so incompetent: leading a nation of 65 million people is just stressful. There are less than 10 people whom I am indebted to, for various reasons (well, two reasons, for two projects). When you put it like that it sounds easy. Jasper, why are you blogging? Shut the fuck up and stop whining.

Anyhow – like I said, I have bad time management. What doesn’t help is that I have a tendency to give myself too much to do, under the impression that I am an everyman who is capable of pleasing everyone whilst maintaining net positive approval ratings. Effectively, I’m always busy, and then I get busier because my bad time management means that I don’t deal with the workload quickly enough, and then I get busy with more stuff in addition to the stuff I was already busy with. A good example is books and TV shows. I have virtual post-it notes on my laptop screen in an effort to constantly remind me what I need to do (it works), and it lists 6 TV shows that I’m in various states of watching. Some have been there for months. I’m also reading 4 books, one of which I got for Christmas and I’m still only halfway through.

Christ, this is already over 500 words and I haven’t even gotten to the point yet. That’s another one of my problems. Waffling – which also shows I have bad time management.

Which I do sincerely mean. The end of the world has always fascinated me, as have overly-sentimental-and-nostalgic-and-melancholic dramas which take a look back at time and offer philosophical musings on the nature of life. That stuff is the equivalent of pesto for me (for clarification, I go through a jar of pesto a week – bloody millennials). It’s the absolute perfect project for me for all of those reasons, as well as the fact that it’s an allegory for the end of this chapter of mine – and all of our – lives, as we venture into the world of adulthood and university. Now is the opportune time to make a film like this as my emotions are concentrated on the material, and I have all the ideas kicking around in my mind that I want to explore, which includes dialogue and shots and themes.

The only problem is that I can’t fucking write anything.

I’ve been stuck on structure (getting all of the characters from point A to B) literally since April, and every time I solve the issue another problem crops up. I’ve tried to shift focus to writing what happens at point B (i.e. the majority of the film), but it always just collapses and I can’t figure out how to put it all into words. There’s also the small problem that the stuff at point B is entirely dependent on how point A works out. So, I’ve tried writing it linearly from point A, but the script is already really long. Like, around 30 pages. 30 pages. Nothing has happened. One page is supposed to equal one minute of film, but I’m looking at this script and I cannot feasibly see how everything I’ve got written down would take half an hour to present.

Like I said, I always leave things until the last minute, so perhaps it’s that subconscious part of me kicking in. Perhaps I do just work best at the last minute – but I don’t like that thought. This is the longest I’ve ever had to work on a script, and that time has been largely squandered. And we shoot in about a month.

I mean, I wrote Unstuck (last movie) in two days and started filming a week later, but that wasn’t ideal! That was just circumstance. But I suppose it means it can be done – although I’d prefer it if I didn’t write this script in two days.

Whilst there’s clearly very little world-ending stuff going on inside the realm of writing, the rest of my life feels like the gradual collapse of an old rickety building that everyone’s been waiting to watch for years. There are crowds gathered outside, waiting to catch the spectacle of it all crumbling down.

That’s not really true, but it’d be pretty funny if it were.

It feels like everything is ending, or stagnating, with nothing to replace it. College is over, exams are close to being over (well, there’s two weeks, but I’ve only got 3 in that time), I’m leaving my job soon (which causes me a great deal of anxiety – partly why I’m writing this), I’ll probably never see many of my friends again after the end of the month, and there’s a general sense of closure. All that needs to happen now is the arrival of a terminal illness and it would complete the picture.

Everything is expiring, because everything is reaching its use-by date, but also because I seem remarkably ill-equipped to handle everything. As well as The Last Lads, I’ve committed myself to a film project for my uncle’s wedding at the end of July, which involves lots of other people and is nowhere near ready (I’ve had that going since February). I’m the best man, so it basically requires me to do my very best. Although my uncle doesn’t know. Maybe I shouldn’t be writing this in public. But he’ll never read it – I don’t think he even knows I have a blog. Right…?

The fact that it involves several people does weaken the total volume of blame, though. Not that others can be blamed. Scheduling is just a bitch.

Ah, yes, and exams. A-Levels. Those are important. 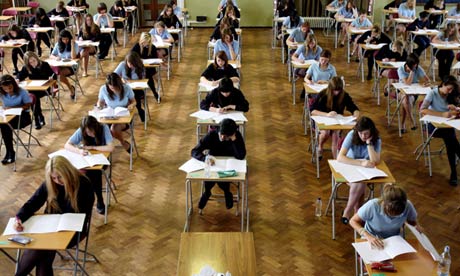 Because I type in exams, I haven’t actually had the experience of the exam hall since GCSE’s. It’s quite weird.

There is no point to this blog post, and I’m annoyed that I’m writing it. I could have spent the remainder of this evening working on either of those projects – or revision – but instead I cooked myself oven chips to cap off a week wherein I’ve been attempting some degree of health and wrote a blog post that nobody will read. I’m just talking to myself. I don’t advertise this blog. Well, I do, but barely. I like it that way. I want a public spare to air my thoughts, but not have it so public that everyone can know what I’m thinking and feeling. I suppose that helps, in a way; my need for attention is satisfied, as is my desire for privacy.

About the only thing getting me through this period is one of those 4 books I mentioned: The Writer’s Tale, by Russell T. Davies and Benjamin Cook (the guy from Becoming YouTube with pink hair). It is basically 600 pages of email correspondence between Davies and Cook covering his final years as Doctor Who showrunner, with a wealth of fun chewie-pieces to mull over i.e. his tenure. It’s funny and charming and heartwarming and deliciously engaging. I’m already close to 100 pages in and I only started it last night.

I only bought it so that my Amazon orders would qualify for free delivery, but I’m very pleased I did. I admire RTD a lot, and I’m forever grateful for how he brought Doctor Who back and put such a tremendous amount of work into making it one of Britain’s biggest shows, and creating a new generation of Whovians – myself included. What I didn’t realise is that Russell struggled with the same problems as I do; he had terrible time management, he always delivered scripts late, and he hated himself for it, as he reveals in his 2am rambling emails to Cook. They’re emails I could easily be writing, although they’re far better written and more interesting to read than I could manage (as evidenced from this blog post). If he could go through all of that, and still manage to pull off five years as Doctor Who showrunner whilst simultaneously managing Torchwood and The Sarah Jane Adventures, then I can handle a short film and a wedding video. And A-Levels.

It’s 10PM, and the word count is already far over what it should be. I’ll be at work in 8 hours, for another day of bleugh and stress. I’m ending today feeling much the same as I did when I went to bed yesterday: humph. Another day wasted.