It’s not so much a question of what the outcome will be, but rather a question of what the pre-established outcome will look like. How big will Theresa May’s new majority be? How many seats will Labour lose? Will the Liberal Democrats steamroll over dozens of Remain constituencies? Will the SNP lose seats in Scotland? Will Jeremy Corbyn resign on June 9th? Rather than cheering on a potentially incoming Labour government, or a coalition, much of my life over the next seven weeks will be devoted to miserably calculating just how fucked our country will be at the end of it all.

I wrote that on April 19th, the day that Theresa May called the election. I, like every other sane and rational human being, saw this campaign resulting in an easy win for the Tories.

Christ were we wrong.

I suspect that the headline of this post is how the 2017 General Election will hitherto be referred to. Theresa May’s Team has ended up as the largest party, with 318 seats, but this isn’t quite a majority – you need 326 for that. They’ve lost twelve of their seats, down from 330. Jeremy Corbyn’s Labour, on the other hand, have exploded in support, picking up 31 extra seats and 3 million more votes – an astonishing gain of 9.5%, not achieved by any other Labour leader since Clement Attlee. Bear in mind that the accepted wisdom of this election was that Labour would have its worst election performance ever.

I had intended to write a blog post with all of my thoughts and feelings about the then-impending result, sometime over the past few weeks, but y’know exams. I kinda wish I had now, because you, whomever you may be, will now just have to take my word for it that I thought we were heading for an astonishing electoral upset. Throughout this campaign, my gut has told me that Labour will do better than expected, and could clinch a hung parliament – or even win. Just as my gut told me that we’d vote for Brexit and that America would elect Trump, because A) those supporters were always more likely to vote, and B) Trump was the natural successor to Brexit. In both of those campaigns, however, I shifted back to the status quo in the last leg of the fight, deeming their victories electorally impossible, and the same happened here. I couldn’t see Labour flipping 3 seats, let alone 100, after the past 18 months of a dismal Corbyn leadership and an equally brutal smear campaign in the press. Yet, we were wrong.

Perhaps I should start betting on this sort of thing.

There’s a lot to unpack about this, and despite running on 2 hours sleep, I’m itching to get it all out of my brain and onto something tangible. Yeah, I can feel how desperate you are too.

If someone had gone back in time to September 2015 and told me – or anyone, for that matter – that within 9 months the UK would vote to leave the European Union; David Cameron would resign; Theresa May would become Prime Minister; Corbyn would suffer a vote of no confidence and go through another leadership election, increasing his majority; Corbyn’s lack of leadership skills would drag Labour down to the mid-20’s in the polls; and that May would then call a snap general election, only for Corbyn to actually gain 31 seats and for her to lose her majority… well, I’d have laughed.

The Left is Back

It’s long-standing electoral wisdom that no party will get anywhere by standing on a left-wing platform, as a result of Labour’s own catastrophic defeat in 1983 after the “longest suicide note in history” that was their manifesto, comprising of “communist” things such as leaving the European Economic Community – which would later become the EU.

That conventional wisdom is dead.

Socialism is not yet popular enough to wipe out the Tories’ free-market capitalism – but it is close. 800,000 votes stand between Labour and the Tories. Far from being the cup of cold sick which everyone had always thought, people seem quite keen on ending austerity and investing money into the nation itself – our NHS, our schools, our public services, and so forth. Who’d have thought?

Corbyn Is On Top

Since September 2015, the answer to the question of “who’s the biggest joke in British politics?” has usually been Jeremy Corbyn. A scruffy-looking imbecile; a weak leader; an idealistic fool; a relic from a bygone age; a terrorist sympathiser; a communist; an idiot; ineffectual; and, finally, unelectable. These are just a handful of the insults which have been slung at Corbyn since he was first elected as Labour Leader, and they are now looking woefully miscalculated. It’s astonishing to think that, less than a year ago, 172 Labour MPs voted against him in a motion of no confidence. Newspapers and tabloids were dominated by stories daily of a prominent Labour MP criticising Corbyn, or another scathing attack from a pundit’s thinkpiece. Labour was condemned to another lengthy period in opposition, potentially locked out of government until 2030 – if they ever got back at all. This video Channel 4 have put together sums it up quite well.

Despite not clinching that majority which Labour, and the country, needs, Corbyn has completely defied the odds and delivered the winning result of the night. Within the party, Corbyn’s position and mandate as Labour Leader is strong and stable, without a shadow of a doubt. After the decades-long ideological battle for the soul of the Labour Party, between the Blairite centrists and the left-wing socialists, it’s looking as if Corbyn’s team have won out.

When Corbyn was elected, I was a big fan. I thought he was a breath of fresh air, offering a clear vision for a different kind of UK. As his tenure drudged on, I lost confidence. I considered him weak and ineffectual, a boring public speaker, and to be contributing to a terminal decline of the Labour Party. I made an entire video on it.

However, over the course of the campaign, my view has done a 180. He’s shown that he is an incredibly effective campaigner who can lead an alternative government with credible and interesting policies – policies which the country desperately needs. He’s utterly outperformed expectations. Let’s hope he continues to do so in the coming weeks and months, as it’s become clear that…

Theresa May is Done 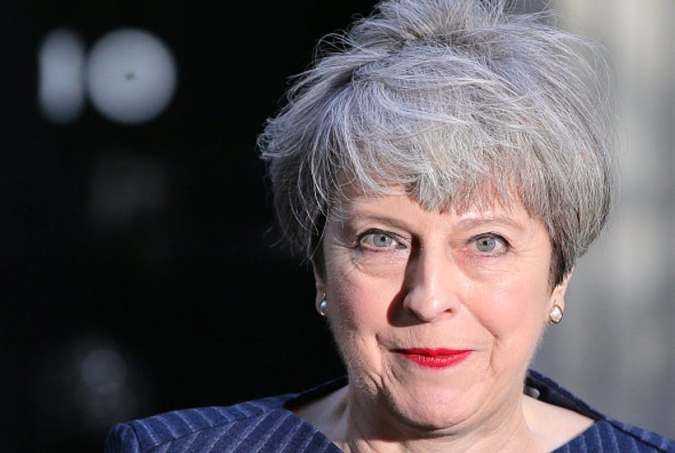 Theresa May will not be Prime Minister for much longer, rendering her one of the shortest-serving PM’s in modern British history. To think that we’re now here, after the year-long speculation over what kind of iron grip May would have on the Conservative Party, over what kind of ideological shift she would oversee.

But now her position is untenable. She called this snap election with the sole purpose of increasing the majority secured by David Cameron, with the wide expectation that she would bump it up massively – and she’s completely blown it. She’ll be running a minority government with support from the DUP, a bigoted far-right Northern Ireland party that a majority of the English electorate probably didn’t even know existed until this morning. She based her entire campaign on offering strong and stable leadership, yet it is now her having to form a coalition of chaos.