This year, I’ve been making the effort to read more. I loved reading when I was little. I used to feel so conflicted over whether I would grow up to be an author or a film director, eventually telling myself that I would write books and then adapt them into films as a neat compromise.

However, I’ve leaned far more towards the film side of things in recent years, meaning my love of literature has fallen to the wayside. I still did English Literature A-Level, although more often than not I had no idea what I was doing. I can’t tell you what a noun is. Maybe Michael Gove was right in wanting exams to be more rigorous. Weed out fakers such as myself.

Nonetheless, I enjoy reading, and this year I’ve been forcing myself to read more books and experience the other realm of storytelling and creativity a bit more. I read Utopia for Realists by Rutger Bregman – a wonderful guide on how we can make politics more radical, and how political thinking has been self-censored over the past few decades. Over the exam period, I was listening to one of Obama’s books – The Audacity of Hope: Thoughts On Reclaiming the American Dream – read by the man himself. After exams, I powered through The Writer’s Tale: The Final Chapter, which is 800 pages of email correspondence between Russell T. Davies and Benjamin Cook, as RTD worked on Series 4 and the 2009 Specials of Doctor Who. I even wrote a little bit about it on here. Prior to exams, I started reading an interesting book on President George Bush (both of them) and how intimately involved they were in the rise of neoconservatism and the Christian Right in America, although I returned it before finishing. Same with Alastair Campbell’s diaries (Prelude to Power). I am a big New Labour fan, although there’re only so many times you can read, “TB [Tony Blair] was in a bad mood. GB’s [Gordon Brown] was even fouler.”

Currently, I’m reading a biography of Terry Nation – the man who invented the Daleks. That’s the title of the book, but also a job description. Turns out he had a career besides Doctor Who, although I’m not sure why one would want that.

And I’m still reading Star Wars: Catalyst. I got it for Christmas. I’m a mess. 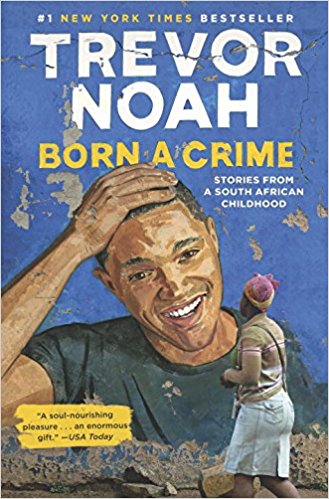 I went to the library the day after results day to return some books, with the intention of picking up a new one or two to celebrate. I picked up Trevor Noah’s autobiography on a whim, along with Marvel Comics: The Untold Story (which will probably go unread – sorry, Stan). I’ve never really followed Noah’s comedy before. I know of him, of course, and I know he hosts The Daily Show. I don’t watch it; I dropped off watching American late-night talk shows because there are only so many times you can listen to similar-sounding jokes about Donald Trump and not want to wrench.

While it was a complete spur-of-the-moment decision, fuelled by the fact that I liked the cover, my mild interest in learning more about the biggest South African comedian in the world, and that I wasn’t interested in any of the other books on offer, I’m beyond glad I picked it up. Noah’s book is a page-turner. A complete breeze. Light and funny, whilst simultaneously tragic and introspective, as one would expect from a mixed-race comedian who grew up under apartheid.

I know very little about apartheid, which bugs me. I like learning about history, and South Africa’s apartheid regime is one of the most recent and most horrific instances of systematic racial oppression and subjugation. Yet I only really know that, not what it was like or why it was happening. Fortunately, Noah’s book goes into incredible detail, outlining the inherent complexities of language and racial identity, as well as the inherent idiocy of racism.

For example, when we think about racial identity, our minds see the two colours: black and white. We think about racism and slavery, and white nationalism. We never think about what it is like to be mixed-race. Admittedly, I never really have. Noah explores the intricacies of mixed-race identity, and how he was frequently confused and lost when it came to choosing his friends. Because of apartheid, at school, the kids would always break off into racial groups. Whites in one corner, blacks in another, Indians over there, the Chinese sat on that table. What if you’re white and black? If you go to hang out with the white people, what kind of message are you sending to the black students? And vice versa? Ultimately, Noah chose black, although there were times when he decided to go across the aisle. Such as when he was put in jail for “stealing” his stepdad’s car.

Trevor Noah navigates these issues with grace, intelligence and humour. No small feat, given how easily polarized any conversation about race can become. If you’re stupid, that is. 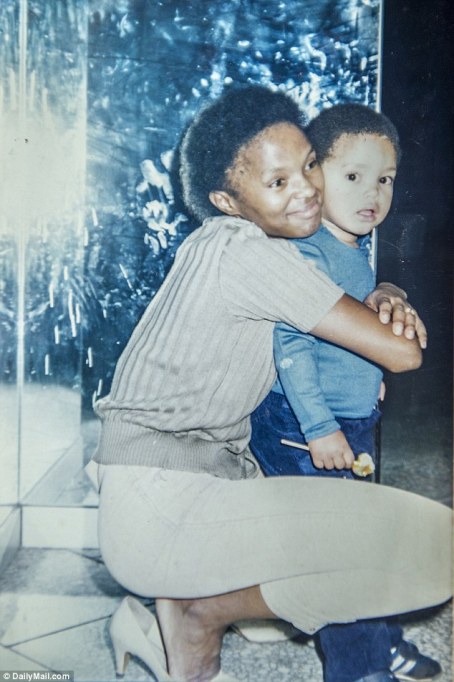 Besides the racial politics, Noah’s anecdotes from his childhood, and his telling of his relationship with his mother, were fascinating. He was exceptionally smart, burned some white folks’ house down, got out of shoplifting because the cops thought he was white, shat on his kitchen floor, provoking a neighbourhood-wide ritual of casting out demonic possession, and became a loan shark and capitalist entrepreneur through buying other kids’ foods for them for a small fee, later selling pirated CD’s, shoes, and video games, as well as DJ’ing gigs of pirated American rap music, becoming one of the most prominent figures within Soweto, as well as the surrounding communities. All before he was 18.

Reading Noah’s memoirs (published at the early age of 33) has made me think about my own life with more clarity. I’ve been doing a lot of retrospective work recently, as I get ready to wave goodbye to this whole life of mine and set off for uni in London. I keep a diary, meaning I live a pretty nostalgic existence anyway, and I’ve also been writing a TV series about young people, partially based off of my life and my friends’ lives. Well, entirely.

There is not a hint of arrogance within Noah’s writing, yet his sense of self-pride about his life radiates off of the page. It’s not even pride about his rise from South African slums to American comedy stardom (he only mentions his career at the very end of the book, and even then it’s in passing), but rather how he managed to come out of his tumultuous childhood relatively unscathed, whilst also having a ton of fun. There aren’t many kids who can say they had as interesting a childhood as Trevor Noah’s. There are some whose most exciting story about themselves wouldn’t even be half as intriguing as just one of the anecdotes I mentioned above – and there are still dozens more in the book. To reiterate: Trevor Noah is cool.

And he’s interesting. At the end of the day, isn’t that all we’re striving for in life? To have others find us interesting enough to befriend us, and speak to us, and spend their lives with us? Or, at least, to find ourselves interesting? 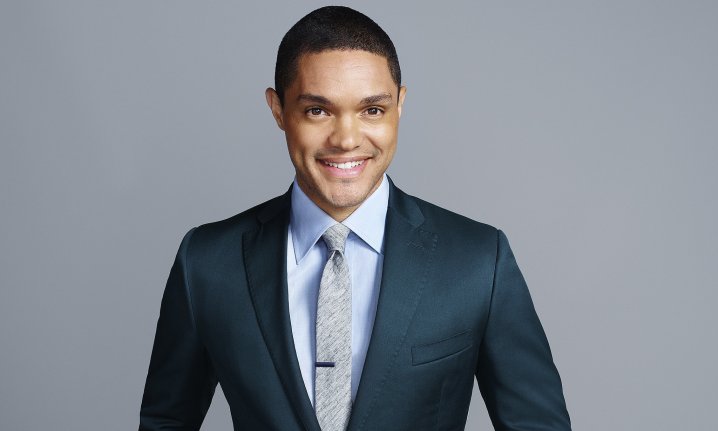 Finishing the book this evening got me thinking about my childhood and adolescence, and whether any of it matches up to Noah’s. I can’t claim to have had as racially complex a life (I’m just plain white – not as pale as a cracker, just a bit tanned, yet nonetheless dry and dull), and I don’t share his business-smarts or comedic sensibilities at all. But, I think I’ve had some fun times. I sat down this evening to write out some of them – both to fulfil this exercise, but also because I need to write everything down nowadays or I’ll forget. Films that I see, my favourite films, my day-to-day life…

I filled up 3 pages of anecdotes and explorations. I was quite surprised!

Noah joins a list of cool famous people whom I place on a pedestal to aspire to. Barack Obama. Steven Moffat. Damon Lindelof. Carrie Fisher. Steven Spielberg. Tony Blair. Even fictional characters such as the Doctor and Sherlock Holmes are on there. I like learning about good, smart people, in the hope that some of their brilliance will one day rub off on me. Even since I was very little, I have wanted to be smart and cool and interesting. The definitions for each depend on each individual, and sometimes I’m not even sure what I mean by them, but I have always felt that there is a version of myself out there who is smart, and is cool, and is interesting. He may not be attainable, but he exists, somewhere in my mind. I was once told that this is part of the Psychology syllabus. Unhappiness occurs when our ideal and real selves collide.

One day, I would like to write some memoirs in the style of Noah’s. As you can surmise from the existence of this blog, I like to share my life with the world. A book is the logical next step in that – although it won’t be for a long, long, long, long long long time. Obviously. I’ve got plenty of time. On one hand, I feel that memoirs and autobiographies are the pinnacle of self-obsession (not that I really care): here are hundreds of pages about me! Me! ME! GIVE ME MONEY TO READ ABOUT ME!!!!

On the other, I think it’s important that those who have been blessed to be smart and cool and interesting talk about themselves and their experiences. Having spent the past few years with close friends whom are all incredibly intelligent, I think an integral ingredient in the path to improving your knowledge and intellect is really just listening to what people have to say. You pay attention to the best of the best, and then you reach their level, and the cycle continues.

Did I just advocate for the education-edition of trickle-down economics? I need to read The Guardian some more. 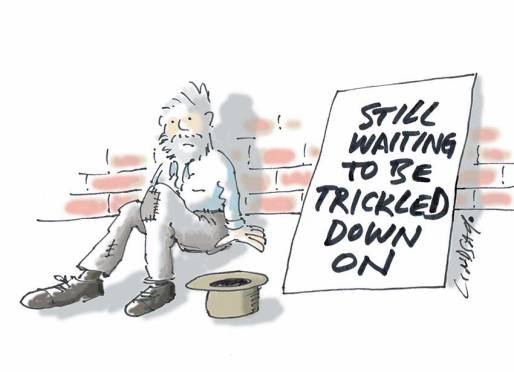 This all sounds a bit weird, and a bit arrogant. I think that sums me up well.

Chasing intelligence and humour and general cool-ness is both a blessing and a curse; a blessing for the reason I just outlined – you make yourself better – but also a curse, because of how demeaning and devaluing it can be for oneself. We get enough of that in the social media generation, as we compare ourselves to the filtered portrayals of others’ lives, declaring ourselves not fit to even look at the ground on which they step on.

While it has most certainly been both for me in the past, I will continue to eat up books like Trevor Noah’s, and will continue to work towards making myself the best possible version I can imagine. Sometimes it’ll be unhealthy, and damaging, and idiotic, and I will almost certainly fail – but sometimes it’ll be great! Then, one day, maybe I can be one of those people who others look at and think, “huh. They’re pretty cool.”

This entire blog post is basically just me saying, “I’m a bit of a prick.” Anyone reading this who doesn’t like me is gonna have a fucking great time.