There were three overriding feelings coursing through my body at 22:00 last night. Firstly, the sadness that Labour was suffering its fourth election defeat and en route to being out of government for at least fourteen years. Secondly, the cold recognition that all of my public and private predictions of how the result would go were utterly wrong. And third, a sort-of delirious determination to make sure that a night like the night of December 12th never happens again.

The despair has yet to kick in, the last reserves of stubborn optimism running their course. I went for a big, long walk this afternoon throughout gloriously sunny Winchester. I smiled at many people on my way and they returned the favour. How many voted Conservative yesterday? Did they vote at all? How are they feeling, if anything? Obviously, I shouldn’t be anywhere near the business of making detailed political predictions but I nonetheless have ~thoughts~ about what I think went wrong for Labour post-2017 and what the potential challenges of this incoming Johnson administration could be.

Boris Johnson and the Conservatives put in remarkably little effort to win their biggest majority since 1987 and secure a total 13-14 years of Tory rule. The manifesto effectively didn’t exist, there was not even a debate let alone a battle of ideas, and the campaign was almost exclusively presidential. Nothing really changed from start to finish in terms of the projected Tory lead. It was an election to Get Brexit Done™ and that’s it (which, if anything, renders Labour’s failure even worse). Problem is, electing a government for 4-5 years entails them doing much more than a singular policy, the first stage of which will now be completed next month. But what will they do? And will the electorate swallow it?

What struck me most about Johnson’s victory speech this morning was his public recognition that many voters who backed him could well not do so again. “You may only have lent us your vote, you may not think of yourself as a natural Tory … your hand may have quivered over the ballot paper just before you put your cross in the Conservative box, and you may intend to return to Labour next time around.” It does not strike me as particularly wise to plant the idea in those voters’ minds that they can easily ditch the Tories at the next election, or, indeed, exacerbate an already-existing idea, but there we are.

“It’s the first time I’ve done it. My dad was a miner, and his dad was a miner, and I’ve always voted Labour,” she added. “I think if there had been another leader, I would have voted for them again.” Asked what it was in particular that she disliked about Corbyn, she replied: “There’s something about his mannerisms.”

Taken from a post-election piece from The Guardian, from that “one retired lady” in Don Valley. In the first of the “red wall” seats to fall last night (I cannot recall which), the winning Conservative namechecked “Boris” rather than the Conservatives, to rapturous applause.

Obviously, we should never read too much into vox pops and individual events but I don’t think it’s totally inconceivable to draw the conclusion that many of these lifelong Labour voters in key Northern and Midlands constituencies cast ballots for the Conservatives out of their desire to see their referendum votes upheld, out of affinity for Boris Johnson himself and a personal rejection of Jeremy Corbyn (as echoed in Opinium’s post-election poll for why people didn’t vote Labour).

This is not a stable basis from which to build a durable electoral coalition, because at least 2/3 of these factors – and maybe all three – are short-term, i.e. will be non-existent come Spring 2020. We will leave the EU on or before January 31st and Jeremy Corbyn will resign around that time, too. Much depends on who it is, but the next Labour leader will almost certainly be somebody believed to be electable above all else, whatever form this takes. Labour’s 2015 leadership election was decided on the basis that, for the sake of providing opposition, they may as well go for the full-fat version of their ideological principles. The 2020 leadership election will be primarily concerned with who can win at all costs in 2024.

No, obviously not. Electorates are notoriously fickle and love for individual politicians is never lasting. If you think otherwise then Tony Blair, David Cameron, Nick Clegg, Jeremy Corbyn, Margaret Thatcher and basically every British politician to have ever lived would like to have a word with you (and it is worth noting that Boris Johnson is not exactly ‘popular’ in the way some of those politicians were). As the old saying goes, all political careers end in failure. There is categorically zero chance that Boris Johnson’s already-limited reputation survives unimpeded throughout his term as Prime Minister. This is one prediction I feel fairly confident of. With all three key supposed factors in the decision for many to vote Tory this time around eliminated, what encourages them to stick around?

Probably not. I often say this as a joke, but I don’t think One Nation Conservatism actually exists, just as I don’t think many distinctions on the left matter too greatly. There are a few exceptions within the Conservative Party (i.e. the rebel Tories, most of whom are now no longer MPs) but by-and-large they swallow and regurgitate the same agenda of penalising the poorest for existing and protecting the concentrations of political and economic power. This election, however, throws a historically unprecedented spanner in the works.

All those former Labour strongholds that now have Conservative MPs are going to get very unhappy very quickly if, once Brexit is “done,” their new MPs turn out to be just like every other Tory instead of helping bring about the fundamental material change in their lives which they still desire. Better wages, better working rights, more money for the NHS and schools and so forth. Labour policies, basically. There is a conflict coming between voters and MPs, and MPs and the Conservative Party, because what their new voters want and what their representatives historically deliver are fundamentally incompatible.

A semi-related point to those three above. Though the Opinium poll shows Brexit being a minor issue for Labour-defecting voters in comparison with the leadership, I think Brexit was still fatal for Labour in terms of his tactics over the past year. Back at the end of November, I was surprised to learn that voters were reacting with incredulity and mocking to Labour’s policies where they had loved them just two years ago. What changed?

The 2010s of British politics can effectively be categorised as being gripped by revolutionary fervour. Sometimes that went the way of the revolution – our first post-war coalition, Brexit, and 2017’s Labour gains – and other times it didn’t (the AV and Scottish referendums). Right at the very end, the electorate has closed the book on that fervour with an unironically strong and stable parliamentary majority, the biggest since 2005. Brexit is the key variable between 2017 and 2019 because it was still somewhat unconceivable and imaginary in 2017 with a world of possibility for Remainers to stop it, demonstrable with every missed deadline and every parliamentary defeat for both Theresa May and Johnson. Might it be said that, if you voted for Brexit or became attached to it afterwards, and have seen over three years of continuous failure of implementation, you lost your faith in the ability of the British state to be radical and transformative? In short, the revolutionary fervour was still alive in 2017 and was ripe for Labour – but was dead in 2019. Inevitably, some in the party will be questioning whether not voting for May’s Withdrawal Agreement and delaying leaving on March 31st was, in retrospect, a catastrophic error of judgement. 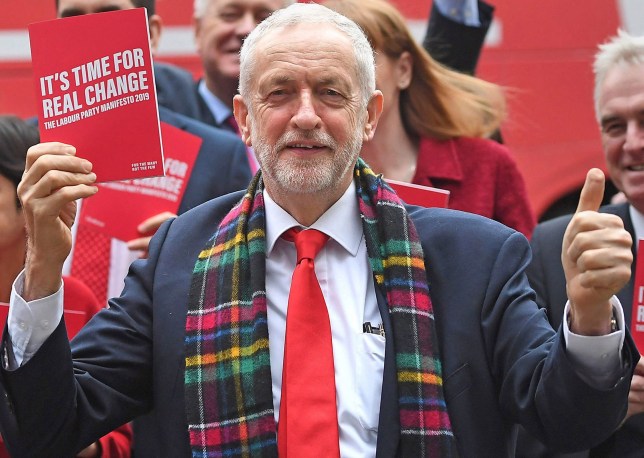 Jeremy Corbyn will soon be gone and Labour will go back to the electoral drawing board. Unlike others, I’m not entirely convinced that last night puts the 2024 election out of Labour’s grasp as well. In 2005, the Tories finished on 198 seats and boosted it to 306 in 2010, winning 96 overall. So, there is a precedent for one of the two main parties overcoming a poor showing in a singular electoral cycle. Granted, this took a global financial crisis, though it’s also not inconceivable to suggest that one of these could be around the corner – or, at the very least, a Brexit-triggered domestic one.

Much like my predictions for last night, I could very well be wrong. Perhaps the new Tory electoral coalition will last, many of those voters will grow accustomed to life in the blue, and Labour will need to continue building its support across the South as these past two elections have shown early evidence of happening. There’s also the small matter of how the electorate is most starkly divided by age, with Tory victories being delivered by older voters who will die sooner rather than later, and has only made marginal improvements from 2017 with under-55 voters, who will die later rather than sooner.

Alongside all the usual problems of governance. A majority of 80 is big enough for Boris Johnson to get his own way, but not so big that defeats are impossible. It is a little bigger than Tony Blair’s majority in 2005, a parliament which was still wrought with difficulties over civil liberties and responding to terrorism. With a manifesto so light on promises, we have very little idea of what the new government will do, how it will try to do it, how the new Tory MPs will behave, how the electorate will respond to the government’s plans, and so much more. Johnson himself, as a man who cares for nothing else, appears totally malleable to anybody and anything. The government will undoubtedly do awful things and many people’s lives are going to get a lot worse. But what awful things, and how much worse?

All we do know is that a Conservative government has been elected and will serve until around 2023 or 2024, we’re leaving the European Union, both Labour and the Liberal Democrats are getting some new leaders, and the way the electorate has realigned is not necessarily permanent (although it could be). That’s not an entirely fair conclusion to reach after over 1500 words about possibilities for the next few years (wherein I haven’t even mentioned Scottish independence, a whole other issue which has now burst back onto the scene for the 2020s). But with so few details sketched in, there’s considerable room for stupid, stubborn optimism – that the progressive left will look at December 12th, remember how we felt, and vow “never again.”