How big is the world? It’s a question with an answer in constant flux. The world was once divided into four-walled rooms, extending only as far as a fence or front door. It is also what’s told in technicolour from behind a glass screen, images and shapes that might not make sense but seem to suggest bigger things are going on, somewhere else, leaking into the closed realms behind locked doors.

As time rolls on, the setting of the world may change further; different walls, under the same skies, and the faces of those who populate it grow from a small handful to a much larger cast of characters. Our world seems to grow exponentially. Now, time is passed through play with new friends and learning in new locations, in schools that are as big as the universe. Mythologies are born and remoulded with every passing day, spun from increasingly inter-connected, rigorously complex webs of relations across hundreds of us. Johnny likes Dan, but Dan doesn’t like Johnny’s friend Toby, which upsets Toby who seeks to spend more time with George and his friends Oliver and Jake, the same Jake who has decided that he wants to kiss Matilda but Matilda doesn’t want to kiss him, she’d rather kiss Max, who has grown quite close with Johnny and Dan and thus merged two entirely disparate friendship groups, which puts Ryan in an awkward position who likes everything to stay the way it is and doesn’t quite understand why he doesn’t want to kiss girls at all, all while footballs fly across pitches of gravel and teachers administer tellings off for saying naughty words they overheard through screens.

Our most vital, formative years are spent within these worlds which grow ever bigger and ever deeper as emotions ferment and mature. Legends become commonplace, of children who disappeared to other worlds and hot-tempered teachers whose disappearances are eminently more intriguing. Information and gossip become currency. From such legends, we learn to distinguish between friend and foe, hero and villain, and we begin to wonder what tomorrow may hold. We knew that our shared world had an ending, slowly creeping forth, but if life appeared to always grow outwards then would our worlds not continue to do so beyond the school walls?

Perhaps little to no thought was given to it, in some instances, where thoughts of tomorrow were not for today. But for many of us, this wasn’t quite enough. The best actors, musicians, scientists and more among us were clearly going to continue in their excellence beyond school and into the ‘real’ world. The intelligence we were told we possessed upon ascent to adolescence would carry us through to get the best grades, get into the best universities and get the best jobs. Notions of fame and fortune didn’t feel fanciful at the time because we didn’t know any different. The world beyond would simply be ours, bursting from old brick and out into everything else. The myths and legends we drew of one another as children would become those of the planet. They could never, and would never, go away.

I read Robert Verkaik’s Posh Boys: How The English Public Schools Ruin Britain within a week and it made me, as I expected, angry. Verkaik strips away the ingrained romance that dresses our ancient private schools and guides the reader through a considered and precise history of English education. He writes of how the public schools originally lived up to their preferred name; established as the first schools, they were rooted in religion and a commitment to educating the impoverished for free. It was a noble ideal, for a land closer to 1066 than to 2020, and perhaps no surprise that the evolution of time also bore witness to the degradation of those earlier aspirations. The schools became infected by the rich, seeking to secure places for their own children, and a cocktail of social and financial pressures led to the old schools – like Winchester, Eton, Dulwich, Harrow and Charterhouse – becoming the enclaves of ancestral wealth we know today.

When the governors of Winchester were directly challenged in 1818 about the overwhelming number of rich pupils at a school established for the benefit of the poor they claimed that all their pupils were very poor – ‘it was only their parents who were rich.’

From the prevalence of physical brutality, creating an ideology of ‘muscular Christianity’ which grew to influence the British Empire, to the ever more absurd means through which charity status was protected, Verkaik has constructed a comprehensive account of just how the English public schools have manifested into being. The pages overflow with anecdotes, facts and statistics; it is a rigorously researched book, beautifully written, so much so that, unless one believes a wealth of information which paints the public schools in a better light was excluded, I’m not sure how anybody could come away from reading it without acknowledging the need to dissolve the public schools.

Like a great many features of our society, there is the question of, “well, if they’re so bad, why didn’t we get rid of them ages ago?” 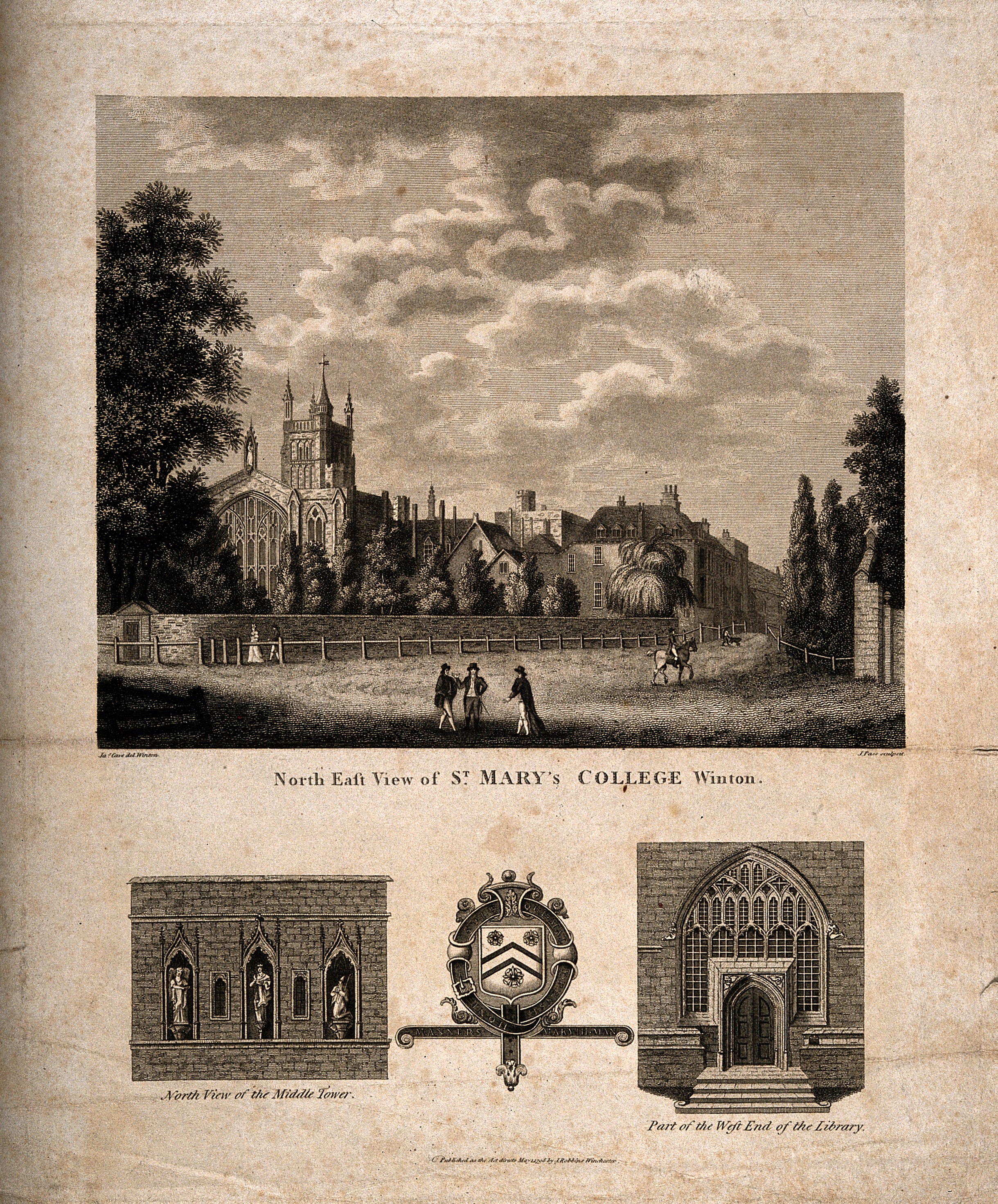 Winchester College, the oldest of the lot, has stood for almost a thousand years. Typically, with that which is old, we come to accept it as a fact of life; it must continue to exist because it serves a purpose, and it might even be good. But the strength of Posh Boys is how meticulously Verkaik deconstructs this line of thinking through a focus on the specific individuals and instances which have allowed for the perpetuation of private education. The same is true for the failed changes, too. At various periods across recent history – in the 1940s, the 1960s and the 2010s – Verkaik argues that reform or dissolution appeared imminent. But accidents of history would repeatedly get in the way, whether it was personal relationships interfering with government, disinterested committees producing pointless reports or disastrous snap elections wiping the slate of policy clean.

Yet all contribute to and exacerbate the same structural problem which has proved an English constant: those children who go to private schools are disproportionately more likely to enter the echelons of power, and if that path was affording you and your friends great successes then why on earth would you want to change it? In one particularly damning chapter, Verkaik manages to illustrate that the entirety of David Cameron’s life, ranging from his Eton education to his ascension to Downing Street and every job in-between, has been a result of connections derived from the elite, gifted through school and family. The system isn’t just unfair: it’s inefficient, wasting reams of talent and empowering those who deserve nothing. The interplay between aristocracy and meritocracy doesn’t exist; unlike the supposed “scroungers” whom he adored to demonise, Cameron has had every opportunity handed to him on gilded silver. Unlike you and I, he has never had to work for anything and never will.

Besides a brief period in London and my terms in Cambridge, I have lived in Winchester my whole life. First, a small council flat in a notoriously problematic area of the city, and now a bigger but still cramped house rented near the city centre. I didn’t realise it as a child, but Winchester is a place with clear dividing lines of wealth; it is solidly middle-class, full of well-to-do commuters and spacious homes, we poor relegated to regions on the outskirts. It’s a quiet city, surrounded by realms of gorgeous country, fostering a fundamental conservatism amongst many of its residents. Things are fine in our world, so things must be fine everywhere else, too.

It’s also, of course, home to Winchester College. Part of my enjoyment of Posh Boys came from my unavoidable bemusement whenever he discussed the College, its founder, William Wykeham, and my home town. To be truthful, I’m not sure I really knew that Winchester College existed until around 2015. It plays no role in the city; unlike Oxbridge colleges, it is not a tourist destination, it’s situated on a backroad well away from everything else, and the boys are not paraded through the streets in gowns like those sent to Eton are. It was only when I started sixth form and made friends who had been to private schools that it registered as an entity; this is even more so today, as I meet (and even befriend some of) those whose education hails from the private schools, and frequently have to clarify that I did not, in fact, attend Winchester College.

I am not bothered by the College’s lack of presence here. Save for my former English teacher who now teaches there, and it being situated on one of my walking routes, I have no connection to it, nor do I particularly want one. But, in reading Posh Boys, I realised that my lived experience of it accords exactly with what Verkaik outlines as the two chief sins of private education: centralisation and segregation. The implicit bargain parents make when paying for their child to be educated privately is a social one; by investing tens of thousands now, they are paying to secure an illustrious future, whether that is to climb the greasy pole of wealth from the ground up or to make sure that they stay at the top. To provide this effectively requires incredible centralisation of wealth, knowledge and power: your child will have access to the best teachers, the best facilities, the best resources and the best buildings to turn them into a polite and intelligent figure of high society. And as a result, they become worlds unto themselves, totally disconnected from the other lives right on their doorstep. They are like states within a state, possessing their own constitutions, housing, land, enforcement, culture and lives. Worlds within worlds.

By virtue of this, the state comprehensives (attended by 93% of the country) cannot have the best teachers, or the best facilities, or the best resources, and certainly not the best buildings. I got tremendously lucky with some wonderful teachers and a city library that, fortunately, hasn’t been shut down, with some stubborn and dogged determination thrown in. But I would be lying if I said that much of my education was anything approaching ideal, whether it was in teachers covering multiple briefs, limited resources or simply too many pupils to keep up with everyone individually. It was only when I got to sixth form that I really started to learn, and flourish; until 2015, I was perfectly middling at almost everything, not that it bothered me much. While me and my friends made play with our fictions of fame and fortune, the posh boys walked through their worlds of old, sunlit stone and learned of their destinies that would unfold over the years to come; little did we know that the futures we sought were already being promised to children down the road.

I remain close friends with plenty from school and college, but most have, naturally, slipped to the wayside. Occasionally, chance interactions lead to checking in with each other, or hearing secondhand of those whom I haven’t seen in years and will likely never see again. They stack shelves and lay bricks; they answer phone calls, they serve food and drink, and some do nothing at all. For many, dreams of attending great universities have long since melted away, as they study hard for degrees they’ve forgotten why they wanted in the first place. Some, too, are facing the realities of the unknown that cultivated the school years, as the earth continues to move around the sun and they are still none the wiser of what shape their own destiny will take. But we all know deep down that our destinies, those futures of worlds which seem smaller than they once were, are already lost.